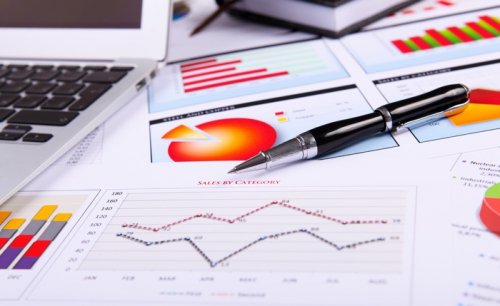 January 15, 2021 marked the 5th anniversary of the satellite “Belintersat-1” putting to GEO and the beginning of the Byelorussian National Satellite Communications and Broadcasting System putting to regular operation. In 2019 – 2020 the number of this system’s clients sufficiently increased in the Sub-Saharan Africa countries. About 200 TV programs and radio stations originating from the region mentioned above are broadcasted via “Belintersat-1” satellite. In the course of the Sub-Saharan Africa satellite broadcasting monitoring the reference and analytical overview has been prepared. The latter the Byelorussian satellite operator is willing to share with the visitors of the intersputnik.int web portal. We ask for your attention to the fact that the overview reflects the situation in the markets in Q4 2020.

The Euroconsult experts forecast the decrease in satellite operators' revenues from video operations until 2029. However, in Sub-Saharan Africa countries the satellite video distribution market demonstrated some growth signs.

For example, from 2017 to 2019 there was 23 per cent increase in the number of households enjoying satellite TV reception in Nigeria, while in Ghana the corresponding index was 19 per cent (source: broadbandtvnews.com/2020/06/25/satellite-tv-gaining-popularity-in-ghana-and-nigeria/).

For the purposes of the operations' planning across Sub-Saharan Africa the preparation of this regional market’s overviews, enumerating around 50 states, seems to be helpful. Such an attempt is made herewith. The raw data to be analyzed have mainly been taken at Internet portal lyngsat.com.

TV channels of only three African nations were not represented in satellite packages. They were Liberia, São-Tomé and Principe as well as Seychelles. It is worth noting that the last two countries are small island states. On the other hand the first five leading countries according by using space communications for video distribution were Ghana, Nigeria, Ethiopia, South Africa and Kenya.

Generally speaking it will not be mistake to affirm that the video content representation in satellite TV packages is defined mostly by the level of TV content production in each country. That is the factor which can explain the Ghana's leadership in the number of TV channels distributed via satellites, while its position in the population size is only the 11th and in GDP it is No.14. 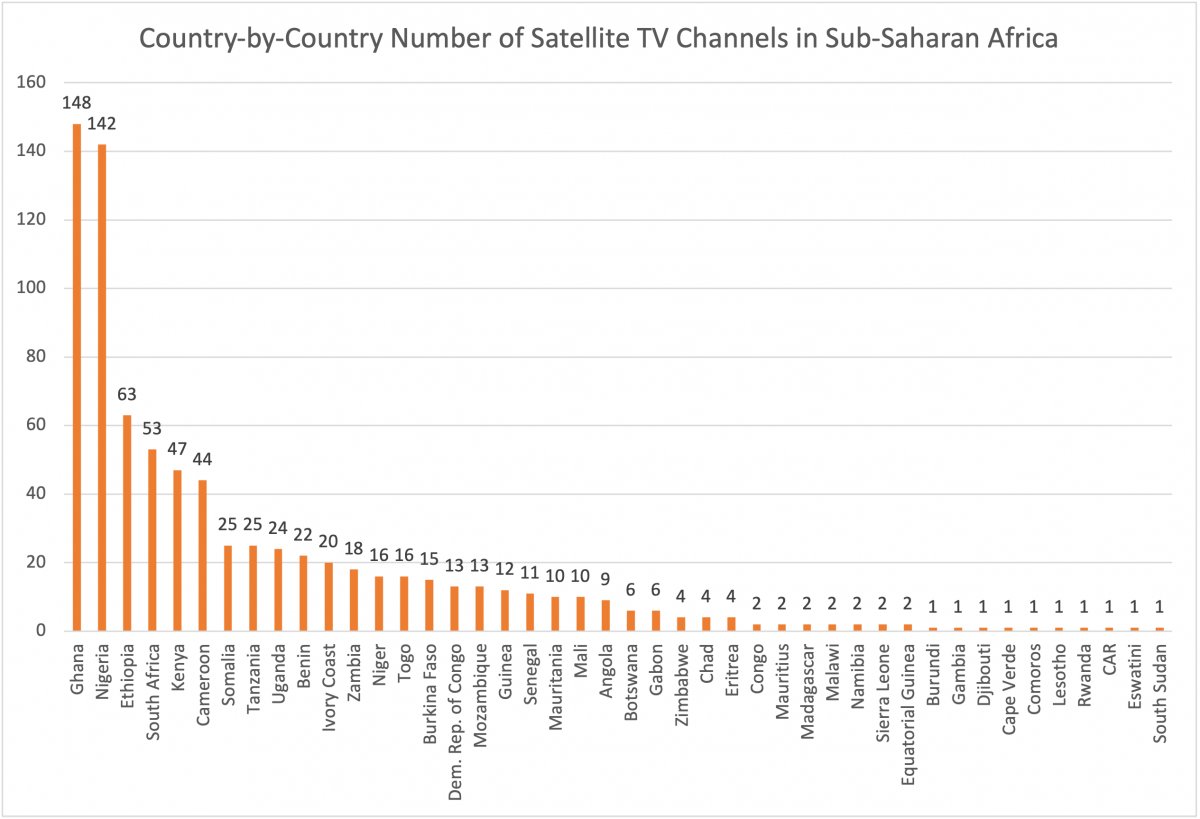 The "big three" fleet distributed the majority of TV channels. According to the broadcasted content units' number their common market share reached 78 percent.

If counted by the number of TV channels distributed via every single satellite the first ten leadership has also been made up mainly by the "big three" space vehicles. The fact that Israeli operator Spacecom has ensured servicing almost all its African clients, being TV media content's distributors, via HTS satellite Amos-17 is worse special noting. It proves that even a single orbital unit's operation allows satellite operation to conquer sufficient market share under the condition that the successful market strategy has been chosen.

There was strong relationship between each operator's ranking by the number of TV channels' distributed and the amount of countries served with correlation rate 0.98. In the top 10 operators by the latter indicator there have been 9 out of 10 leaders according to the number of TV channels broadcasted. This fact may be regarded as the confirmation of the importance to expand the geography of market presence by operators.

75 percent of the TV channels were distributed in Ku-band, while for the rest 25 percent C-band has been applied. As for the accessibility of the content’s units 73 percent of them have been broadcasted open and 27 percent have been encrypted.

The territories of the African TV channels’ distribution have been as follows:

Few channels were broadcasted in Asian and Pacific region and via steerable beams.

21 percent of the African TV channels targeted simultaneously at 3 or more regions by means of satellite super-wide beams. In most cases these regions have been Sub-Saharan Africa, Europe, the Middle East and a part of South America. It may be noted from the above mentioned that content distributors targeted mainly the markets of the TV channels’ origination. At the same time super-wide beams’ satellite resources were also highly demanded by them. But the Sub-Saharan African content’s relatively little share was broadcasted outside its own region. This fact indicates some additional services provision expansion opportunities for satellite operators.

The Sub-Saharan African TV content was distributed within about 120 packages.

Only 8.7 percent of the TV channels seemed to have been distributed beyond the packages. Thus establishing the cooperation with TV packages rights-owning distributors as well as launching new multiplexes looked like a matter of priority for satellite operators as compared to working with single TV channels. Operators Eutelsat and SES may be referred to as the examples of their own TV packages initiators

There were six coinciding names in the top 10 packages according to the numbers of TV channels distributed and the originating countries of these TV channels. For satellite operators it looks like to mean that the increase in number of countries providing their content into TV packages to be distributed is rather important than indifferent. However when working with the content originating from the countries with highly developed media-production sphere they can also attain considerable amount of TV channels to be accumulated in multiplexes. For example such big packages  as StarTimes TV and Sentech have accumulated five countries’ content, while Ugandan mux reached high ranking position with only three originating nations.

This overview indicated that 34 percent of the TV channels were distributed at one and same time within 2 or more packages. The subsequent results were:

The record in the number of packages used for broadcasting one and same TV channel was 11. The increase in the TV packages’ amount and including the existing TV channels thereto is thus also one of the demand growth sources for satellite operators’ services. 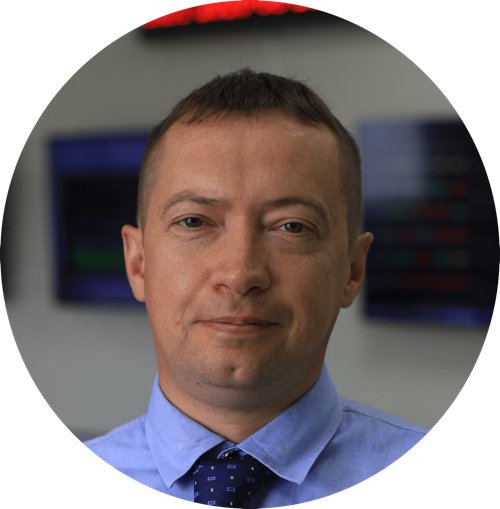 The Russian version of the Article is available for downloading in FILES section.