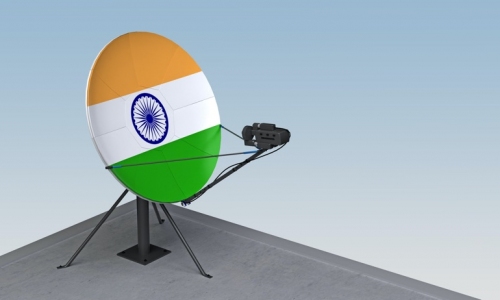 Article from Indian Space Research Organization for publication in the Digital Bulletin of the Intersputnik Operations Committee.

Indian Space Research Organization (ISRO), Department of Space, Government of India, has been involved in creating suitable space and ground infrastructure for taking satellite communication in the nook and corner of India. A constellation of 17 communication satellites, deployed by ISRO, are providing Television, DTH, VSATs and other telecommunication services in the country. Satellites are also deployed for serving special users, customized applications/services, International programmes/commitments, etc. ISRO has developed indigenous state of the art onboard and ground-based technologies that are being employed for the optimum utilization of the orbit spectrum resources and for providing cost-effective services to the end users.

This article provides an overview of the satellite communication activities in India along with the projected long term and short-term demands scenario.

The Satcom Policy, approved by Government of India in 1997, provides overall framework for developing a healthy and thriving communications satellite and ground equipment industry as well as satellite communications service industry in India. It is also aimed at using, further developing and sustaining indigenous capabilities in the area of satellites, launch vehicles and ground equipment design. The Policy further focusses to make available the infrastructure built through INSAT (Indian Satellite System) to a larger segment of the economy and population, and encourages the private sector investment and attracting foreign investments in the space industry in India.

The NGP-2000, approved by the Government of India in 2000, brings out detailed norms, guidelines and procedures for various implementation aspects of Satcom Policy that include (a) allowing Indian parties to provide services like TV uplink, broadcast and telecommunication services (b) use of INSAT capacity by the private users, user sectors classification, allocation of the capacity, commercial and contractual factors, etc (c) procedures and mechanism for allowing Indian private entities to establish their own Indian Satellite System, and (d) norms, guidelines and procedures for allowing use of foreign satellites capacity for International and domestic services.

While the Department of Space, Government of India, is the administrative ministry in respect of the satellite systems as per the Government’s Allocation of Business Rules, the administrative ministry & regulatory licensing authority for the broadcast and telecommunication services are the Ministry of Information & Broadcast and Department of telecommunication, respectively.

All the commercial activities of INSAT space-segment are carried out by two Public Sector Units of the Department of Space, viz., The Antrix Corporation Limited and The New Space India Limited.The foreign satellites capacity (except for the C-band capacity for TV broadcast that can be leased by the user directly) is leased by these two companies to augment the INSAT capacity, in exceptional cases, when the adequate indigenous capacity is not available to meet the demand.Wherever capacity and capability exists in the Indian Satellites, the services are authorised only on Indian Satellites. If for lack of capacity or capability reason, operations on foreign satellites are authorised, the permission or license stipulates that the operations should shift to Indian satellites as soon as the capacity and capability is available. To that extent the initial permission is issued only for a limited period and is reviewed before renewal. 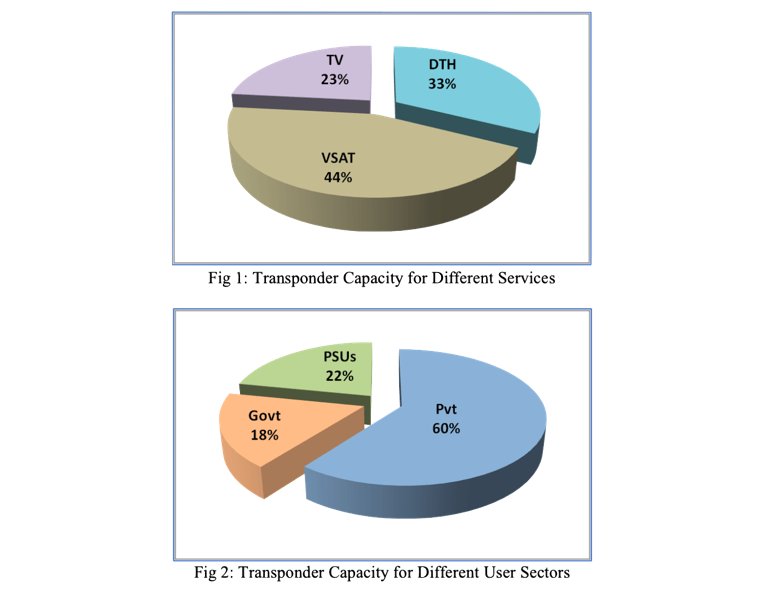 4. Satcom Applications and services in India:

Variety of satcom applications and services are being supported by INSAT in India that include TV & DTH, radio networking, VSATs, DSNG, societal applications, Broadband, etc. Apart from Doordharshan, the public broadcaster, 4 private DTH operators provide service in India. It is estimated that there are about 69.3 Million total active subscribers with pay DTH operators (TRAI Report: Jul-Sep 2019). About 910 TV channels are permitted by MI&B. Doordarshan is presently operating 108TV channels and 52 Radio channels on its DTH service FREE DISH and has a vast network of 66 Studios and 635 terrestrial Transmitters of varying power installed throughout length and breadth of the country.

More than 1500 Satellite Earth Stations of different size are operating in satellite network of Government users, Closed user group, commercial users and broadcasters and are being utilised for telecommunications / broadcasting applications. As per provisional estimates, about 2,97,047 VSATs (TRAI Report : Jul-Sep 2019) are being used in star / mesh connectivity of various size and capabilities.

Under Telemedicine programme, various remote & rural hospitals, medical college hospitals and mobile units are connected to major specialty hospitals in cities and towns using satellite communication. At present, more than 230 nodes are operational, apart from the telemedicine centres set-up by other government users through OFC links.

ISRO has provided connectivity to schools, colleges and higher levels of education and also non-formal education, including, developmental communications. The networks implemented under this programme comprise two types of terminals, namely, Satellite Interactive Terminals (SITs) and Receive Only Terminals (ROTs). At present, around 44 networks are operational with 24 Hubs. Around 1500 SITs &more than 33000 ROTs are operational.

India is a member of the international COSPAS-SARSAT programme for providing distress alert and position location service. Under this programme, India has established two Local User Terminals (LUTs). The system is operational for the past 28years. Satellite aided Search and Rescue (SAR) payload is carried on three INSAT satellites.There are about 1000 registered user agencies. More than 16000beacons are registered with Indian Mission Control Centre (INMCC).

India has also recently permitted In-flight and maritime connectivity (IFMC) through satellite. The service has been initiated on INSAT system and is expected to pick up in near future.

Satellite communication in India has been providing vital services across the length and breadth of the country. Although the increased penetration of the fiber and expected initiation of the 5G services might test the satcom affordability, the niche areas like broadcast, communication on the move and disaster management wouldstillcontinue to make communication satellites relevant.

More specifically, it might take a while to take the fiber into the deep rural and hilly regions of the country. Further, the last mile connectivity in these regions might still be demanding satellite connectivity. These factors have been taken into account by the Government of India while planning its ambitious “Digital India” and “Bharat Net” programmes under which it is envisaged to transform India into a digitally empowered society and knowledge economy andplan to take broadband to every nook and corner of the country. Presently about 6000 “Gram Panchayats” (cluster of villages) have been identified under “Bharat Net” programme wherein the Broadband would be provided through satcom connectivity. Implementation of these programmes is likely to put more demand on the satellite capacity in near term.

The demand for the in-flight and maritime connectivity is also expected to grow in near future. The lower cost/bit offered by the high throughput satellites might spur the demand of these satellites. DTH & TV broadcast market in India is undergoing a consolidation phase and has witnessed few mergers/close downs. The increase in number of HD channels and growing popularity of OTT platforms would play a major role in deciding the further demand of the satellite capacity.

ISRO has plans to bring in multiple satellites during the span of next five years. This would include DTH satellites, high throughput satellites and the customized satellites to meet demands in the specific regions of the country. The available spectrum in C, Ext C, Ku and Ka band would be utilized optimally for realizing these satellites.

Besides ISRO’s satellites, it is also expected that Indian Satellite System by Indian private entities would be established in coming years to serve the commercial users and meet the demand of the country.

Satellite communication in India is a vital component of the government’s plans for providing last mile connectivity and portfolio of services to its citizens. Important services like television, VSATs, broadband, etc. are already dependent on the satellites and are likely to continue to require the satellite capacity. Government of India has definite plans to meet the demand of the country with multiple communication satellites in the pipe line, apart from encouraging the participation of the Indian private entities in establishing the Indian Satellite Systems. 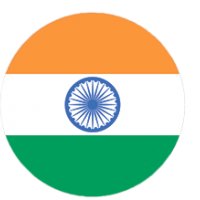